The Museum Kunst der Westküste is presenting the first exhibition in a German museum on the Norwegian photographer and journalist Kåre Kivijärvi (1938–1991).

Visitors can see a selection of black-and-white vintage prints created in the far north of Norway and providing fascinating glimpses into the lives of the people – particularly fishing families – in this barren, icy landscape. Kivijärvi’s most productive period was in the 1960s. It was always “the moments of truth” that drove him to release his camera’s shutter. Born in Hammerfest, he began studying at the Folkwangschule in Essen after working as a photographer for the newspaper Finnmark Dagblad. In Essen he met Otto Steinert (1915–1978), one of the most important and influential photographers of the post-war period. Kivijärvi later returned to Norway. After working as an aerial  photographer for the air force, he became a freelancer for the weekly news magazine Viikkosanoma, which was owned by Helsingin Sanomat, the best-selling Finnish daily. His assignments led him to Greenland, Russia, Afghanistan, India and Nepal. Kivijärvi is seen as one of the artists who substantially contributed to photography’s establishment as an independent artistic medium in Norway. 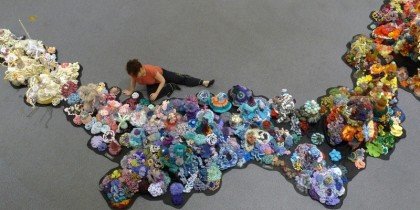 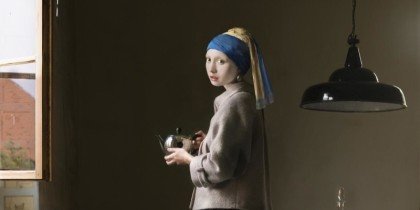